(Reuters) – The United States on Wednesday designated 685 miles (1,100 km) of beaches from Mississippi to North Carolina and 300,000 square miles (777,000 sq km) of ocean off the Gulf and Atlantic coasts as critical nesting and roaming habitat for threatened loggerhead sea turtles.

The joint ruling by the National Oceanic and Atmospheric Administration (NOAA) and the U.S. Fish and Wildlife Service (USFWS) is the largest critical habitat designation in U.S. history, environmentalists say.

The announcement followed a lawsuit filed last year by environmental groups to require the government to protect the area. Scientists said the area is home to 70,000 to 90,000 nesting sites per year and comprises 84 percent of all known nesting areas for the large sea turtles.

The designated area includes some reproductive areas directly off of nesting beaches from North Carolina through Mississippi, and breeding habitat in Florida, as well as 88 nesting beaches in six states which account for 48 percent of an estimated 1,531 miles (2,464 km) of coastal beach shoreline used by loggerheads.

“Given the vital role loggerhead sea turtles play in maintaining the health of our oceans, rebuilding their populations is key as we work to ensure healthy and resilient oceans for generations to come,” said Eileen Sobeck, assistant NOAA administrator for fisheries.

Protection doesn’t limit public access to the designated areas but requires that any federal activity in the waters off nesting sites, such as drilling or fisheries, must be further scrutinized for possible impact on the turtles.

The loggerhead is the most common sea turtle in the southeastern United States and migrate thousands of miles in U.S. waters but nest on Atlantic Ocean and Gulf of Mexico shores.

They can live 40 years or longer, weighing up to 250 pounds (113 kg), and were first listed as endangered in 1978.Loggerheads face persistent threats from fishing gear, pollution and climate change, said Amanda Keledjian, a marine scientist at Oceana, a Washington-based nonprofit environmental group, one of three organizations that sued the government.

Scientists estimate about 50,000 loggerhead sea turtles are caught in shrimp trawls each year in the Gulf of Mexico, she said. 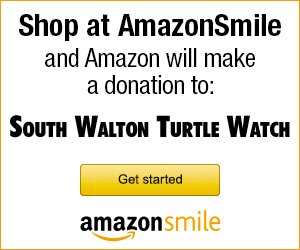 Donations Always Appreciated
Donations are used for Sea Turtle education and should be sent to: